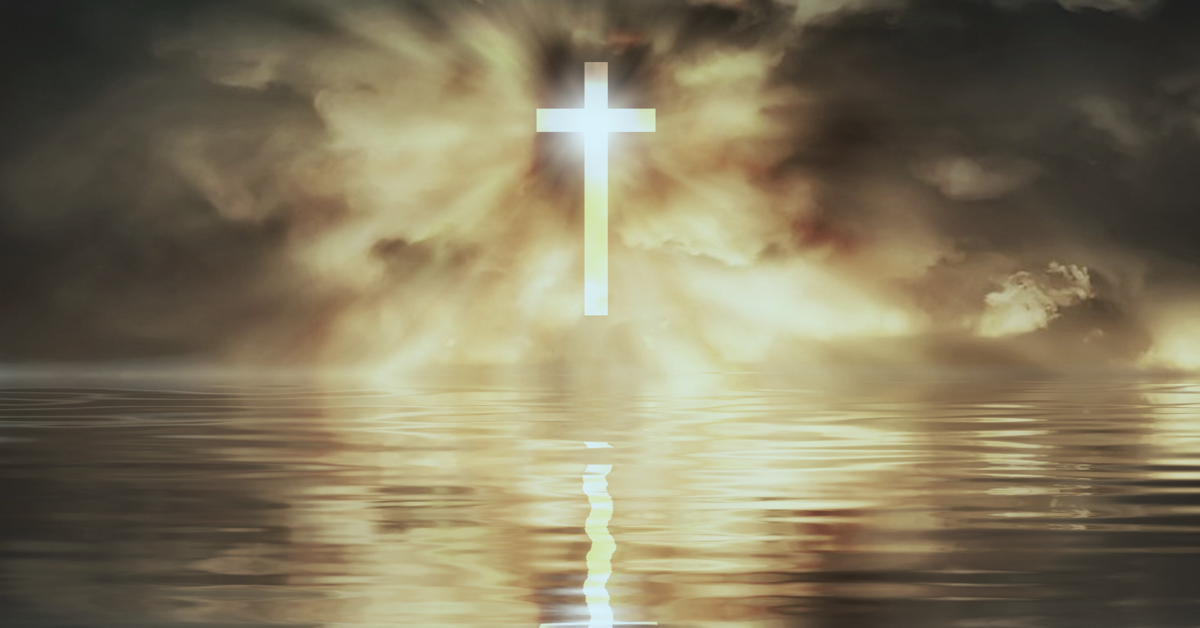 For Christ died for sins once for all, the righteous for the unrighteous, to bring you to God… 1 Peter 3:18 NIV

I simply argue that the cross be raised again,
At the centre of the marketplace
As well as on the steeple of the church.
I am recovering the claim that Jesus was not crucified
In a cathedral between two candles
But on a cross between two thieves,
On a town garbage heap;
At a crossroad of politics so cosmopolitan
That they had to write His title
In Hebrew and in Latin and in Greek
And at the kind of place
Where cynics talk smut, and thieves curse, and soldiers gamble,
Because that is where He died,
And that is what He died about.
And that is where Christ’s own ought to be,
And that is what church people ought to be about.
–George MacLeod, Scottish evangelist

Christ died on a cross out in a public place. And that is why Christians must live out their life witness in the public arena. In the above statement, made popular by British evangelist Major Ian Thomas, we are reminded that the message of the cross should not be confined inside church walls. The message must go to the world Christ died to save.

I have been to Calvary Hill, at least to the very place that British General Gordon identified as Calvary. Just outside the gates of the Old City of Jerusalem is a promontory, a large outcropped limestone hill that has a very sinister and obvious skull appearance. It is still at the crossroads of modern Jerusalem—and thus all the troubled Middle East! Today the skull-like hill overlooks the high traffic of a very busy city. It is across the road from the crowded national bus station. Back in Jesus’ day the skull faced bluff probably is the one which had been named Golgotha in Aramaic, and Calvary in Latin. The term means “the place of the skull.” The skull-faced cliff overshadows the Old City: Could this be the site of Roman crucifixions? It is ominous and conspicuous in a frightening way. Perhaps the chosen Roman site of Christ’s crucifixion. Many believe so.

Today’s church cannot be blind to human pain and woe. Grace needs to show up and abound where sin abounds. That is why front line Believers do not shy away from the presence of sin and darkness. We carry the Gospel of Jesus Christ the only hope for a broken world. For us, Halloween is not to be celebrated along with goblins, witches, and ghosts. But it can be a time of outreach to the “trick or treaters” especially when recalling the Gospel and the Hill of the Skull. Christ died in an ugly, public place.

The Good News should never be confined to lovely chapels filled with religious saints. We’re called to take it out in the streets and byways—to the marketplace and parks. And that is where the fresh new and great move of God is arising. It is time for the church to outshine the darkness. We have the Light of the World!